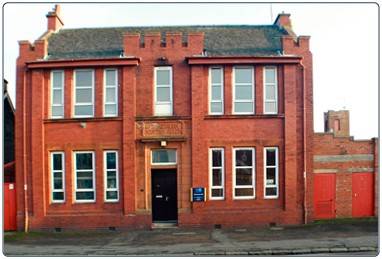 Cameronian Hall is situated on Victoria Street in Larkhall and is close to the fire station. It was originally built in the late 19th century for use by the 6th Battalion of the Scottish Cameronian Rifles but the organisation disbanded in 1968 and the building was converted into the local community hall.

The hall consists of a main hall, committee room, kitchen and toilets.

The main hall has a capacity of up to 200 for a seated audience and up to 120 for a catered function.

Small meetings can be accommodated within the committee room.

The kitchen can be used by caterers for functions and is also available for customers to make their own teas and coffees.