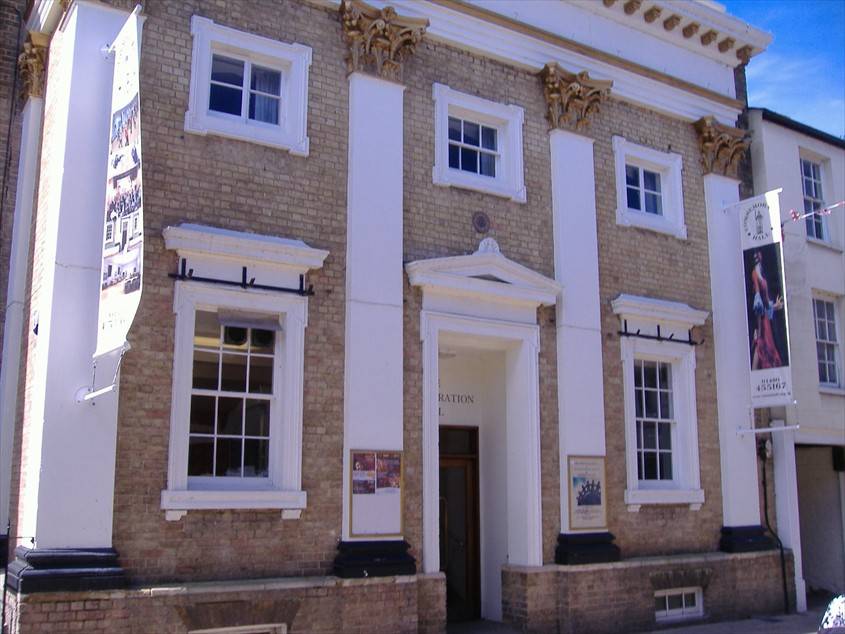 Huntingdon Commemoration Hall is an Arts and Entertainment venue at the hear of Huntingdon's town centre. Available for hire to groups or individuals at affordable rates. Additionally as a venue for touring shows and productions. A large hall/auditorium with a historic stage and dressing rooms is complimented by a fully licensed bar/cafe, basement & toilets and a small meeting room situated above a beautiful entrance foyer.

Built in 1840 as the Scientific and Literary Institute and funded by public subscription, the hall was re-named in the early 1950's to commemorate the fallen of World War II, when the stage and auditorium were added. As of 1959, the town's local authority operated & subsidised the Hall, until 2006, when Huntingdon Town Council (now the Custodian Trustee) created a new Board of Management Trustees responsible for the Hall.

This is a meeting room that can accommodate up to 20 people with current layout but tables may be moved to allow more people in. There are tea/coffee making facilities in the room.