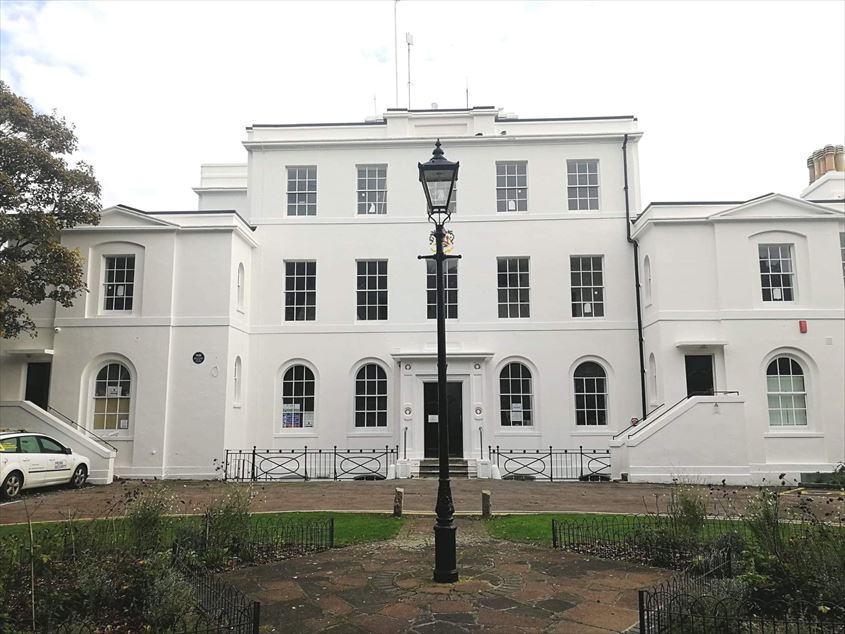 Pierremont Hall - Built in 1785, as a private residence, Pierremont Hall has been home to many and is now open to the community for public and private events. The building is Grade listed II, located in the heart of town, this newly renovated building is a beacon of history, showcasing the towns historical character. The Hall was built in 1785 for Thomas Forsyth and designed by Samuel Pepys Cockerell. The Duchess of Kent and a young Princess Victoria stayed at Pierremont Hall in 1826. It knew various owners until its sale in 1896 to Leonard Posnett who used it as a school. Most of the original 30 acres of land were developed as housing and the building and remaining park were sold to the Urban District Council in 1927. Broadstairs and St Peter’s Town Council announced in April 2018, the purchase of Pierremont Hall, Retort House and associated buildings was completed and the phased programme of refurbishment began.

Built in 1785, as a private residence, Pierremont Hall has been home to many and is now open to the community for public and private events. Whether you are hosting for a large gathering or a more intimate affair, Pierremont Hall is the perfect choice. We have two function rooms; the Mayor’s Parlour Room and the Council Chamber Hall.