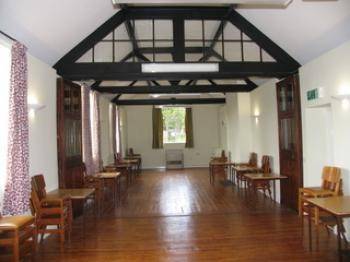 Originally the Undy National School built in 1847, extended in 1903 and continued to be used as a school until 1938, when it was closed. Then used as the Undy Church Hall until 2005, became The Undy Church and Community Hall. Then completely refurbished in 2006.
The well equipt kitchen has Mains operated boiling equipment and an Industrial Dishwasher