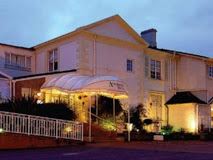 ABOUT US
Luigi and Rita Martalo have a long history of providing high quality service to their customers.
They came from Italy and opened their first catering business in Hamilton in 1954. Their food
quickly became popular and their business grew. In 1973 they diversified into the hotel trade,
opening their first hotel, the Avonbridge in Hamilton. Their children became involved in the
business and in 1981 the family also opened the Bothwell Bridge Hotel, Bothwell.
Luigi and Rita still take an active interest in the running of both hotels and are proud that their children and their grandchildren are now actively involved.

The creative flair and attention has been passed on to their daughter Maria who is an interior designer.