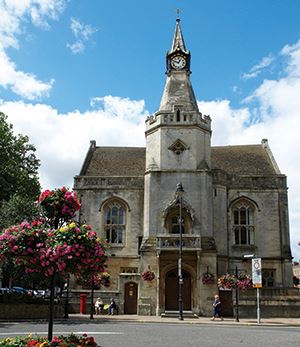 Banbury Town Hall is a fine Gothic style building and is seen as one of the best specimens of 19th century Gothic to be found in the country. It was designed by Edward Bruton and opened in October 1854 with the clock tower being added in 1860. During its early life the building was also the police station with cells remaining to this day.

The overall work has made the Banbury Town Hall an attractive place to hire for Conferencing, meetings and events, with an array of rooms for hire, including the Grand Main Hall.