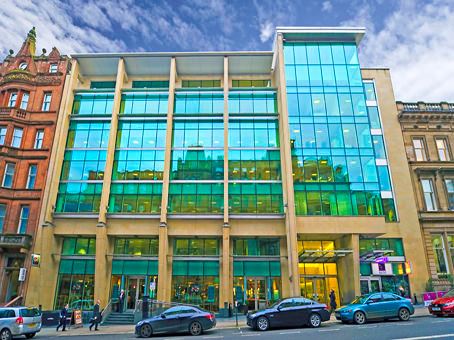 The West George Street office space in Glasgow is in an ultra-modern, glass-fronted office building, which was built in 2006 and has won several awards for design and architecture. Sitting in the heart of Glasgow's financial district, these prominent, prestigious offices stand out from the traditional neighbouring office buildings which include the corporate offices of some of the world's largest banking giants. There are spectacular views onto West George Street from many of the offices. Glasgow used to be known for heavy industry, particularly shipbuilding and engineering. Today it is a diverse business location, with 13,000 companies making their home here - including 25 per cent of Scotland's largest firms. Although shipbuilding and marine technologies form a key sector still, the city now specialises in areas as broad as energy, creative, retail, tourism, food, drink, construction and life sciences.