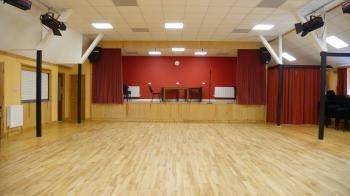 The Memorial Hall is part of a timber-framed American WW1 Military Hospital. It was transported to the village from the London area and erected on land donated by a resident in 1924. Although it has been modernized several times, it still retains the original timber framing and roof supports. The last refurbishment, which included an extension with new kitchen and toilets, was completed by volunteers in 2004.

In addition to being a popular venue for social events and entertainment the Hall also houses the Village's two War Memorials. These are mounted on the west wall of the Hall and serve as the focal point of the annual Remembrance Service. They consist of an oak plaque bearing the names of the fallen from the Catbrook district in both World Wars and a vellum Scroll of Honor which lists the names, theater of service and fate of the men from Trellech parish who served in WW1.