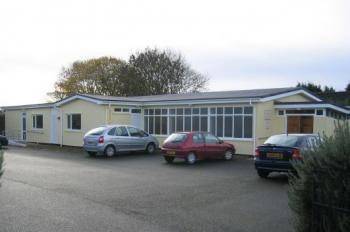 The former parish hall at St. Paul’s Catholic Church at Longcroft Road, Caldicot has been refurbished to a very high standard with the assistance of a grant from the Welsh Assembly Government. The Hall, which is now known as St. Paul’s Community Hall, is available for hire by members of the local community in addition to its continued use by the parish. St. Paul's Community Hall is suitable for meetings and seminars, children’s birthday parties and as a club or hobby venue. We have a fully fitted kitchen and a car park with a capacity for 35 vehicles. We do not have a drinks licence. For more information or to make an e-mail booking

St. Paul's Community Hall complies fully with all the requirements of the Disability Discrimination Act.

St. Paul's Community Hall was officially opened by Archbishop Peter Smith, Archbishop of Cardiff in the presence of Councillor David Ashwin and Mrs Christine Ashwin, Mayor and Mayoress of Caldicot, on 3rd June 2007.