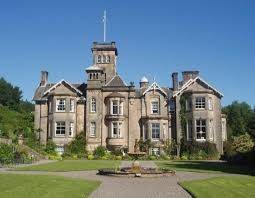 Auchen Castle dates back to approximately 1220 A.D and was most likely built by Sir Humphrey de Kirkpatrick. The Kirkpatrick family was a close ally of Robert the Bruce and King Robert would have been entertained at Auchen Castle often.

The Kirkpatrick clan has long since moved from their seat at Auchen and their holdings came under the ownership of the Clan Johnstone, who remain Lords of Annandale to this day. The original castle fell into disrepair and castle as we know it now was largely completed in 1849 by General Johnstone. Through marriage, the castle then went on to Sir William Younger, 1st Baronet of Auchen Castle, of the Youngers brewery family. Over a century and a half later the castle still maintains many original features from this period; such as the Victorian spring water catchments and reservoirs that supply the castle's private water supply to this day.

Bed down under the spires and turrets in one of the castles 26 Bedrooms and you’ll join a famous guestlist which includes; The Beatles, Barbra Cartland, Chris DeBurgh, Margaret Thatcher and the King of Norway.