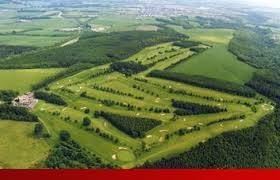 Hamilton Golf Club was founded in 1892 and was first located on a site near the now demolished Hamilton Palace, former home of the Dukes of Hamilton.In 1925 the club moved to its present site and the new course layout was developed by the famous course designer, James Braid, who was also responsible for the layout of the Kings Course at Gleneagles among many others in this area. A feature of the original layout is the number of bunkers which were included, all of which still come into play for the average golfer today.