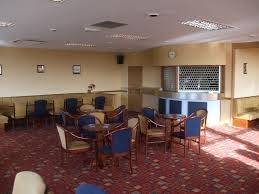 The Complex is situated in the village of Tanyfron, which is approximately 3 miles outside of Wrexham.

It's facilities comprise two football pitches, four tennis courts, a bowling green and cricket ground, all of which are maintained by two Groundsmen Mr Anthony Beck and Mr Paul Morris.