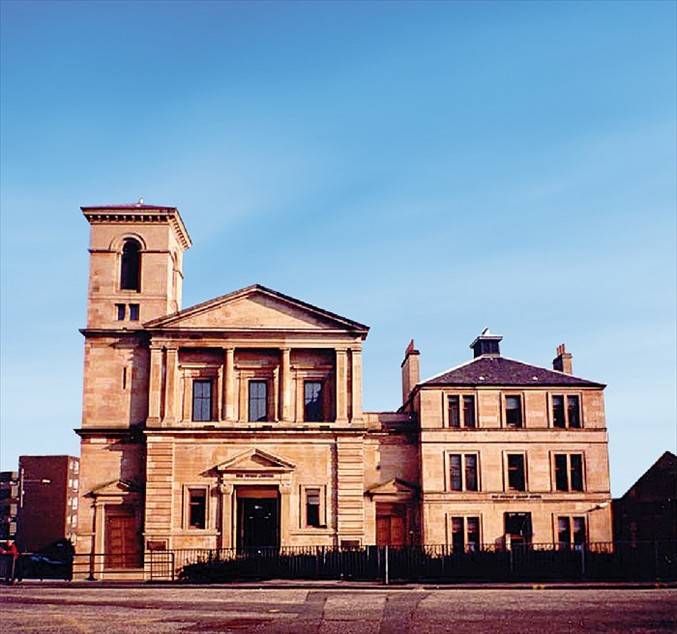 Sir Brian Ivory, CBE, FRSE
Lady Ivory, DL
Sandy Grant Gordon, CBE
The Great Highland Bagpipe, perhaps the best known of Scotland’s musical instruments and an ambassador for Scotland throughout the world, is accorded new prominence by the founding of The National Piping Centre. We serve as a national and international centre of excellence for the instrument and its music.

Close to the Royal Conservatoire of Scotland, we incorporate a school with rehearsal rooms and an Auditorium. We also house the Museum of Piping, a reference library, as well as conference facilities, hotel and restaurant.

The National Piping Centre provides facilities of the very highest quality for both the piping and non-piping fraternity. Visitors and regulars, from both home and abroad, will equally enjoy the experience, whether they come for study, performance, or pleasure.

Discover more about the history of the building.

The National Piping Centre is located at the Northern end of Hope St. and occupies an elegantly refurbished church building (LINK) in the Cowcaddens area of Glasgow.

If heading west on the M8, exit the motorway at exit 16 and take an immediate left onto Canal St. Continue direct onto Milton St. until the street dead ends. Turn left onto Maitland St. follow the road round to the left onto McPahter St. The National Piping Centre is on the left.

If travelling by subway, disembark at the Cowcaddens station. Exit the station and turn right. Follow the pavement for about 150m until you see The National Piping Centre on the left.

If you are arriving at Queen St. Station, from the main George Square exit turn right and walk along West George Street and at the junction of Hope St. turn right and proceed to the top of Hope St. until it terminates in front of The National Piping Centre.

Information for fares and travel times to Glasgow can be found at the Strathclyde Partnership for Transport’s website:

There are three car parks within a five minutes walk to The National Piping Centre. The Cambridge Street Car Park is located on the corner of Cambridge St. and Cowcaddens Rd. A second car park is located directly adjacent to The National Piping Centre on Dunblane St. and the third is beside Buchanan Bus Station and can be entered off Cowcaddens Road opposite Caledonian University.

The National Piping Centre is been committed to recycling and reducing landfill waste. Our approach to recycling has been developed on principles of economic and environmental sustainability.