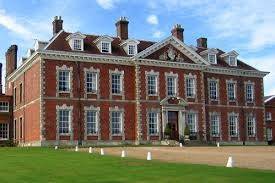 Beechwood Park School, founded in 1964, is a very recent part of the history of the Beechwood Park estate - a story that begins, as far as we can tell, with the foundation of a Nunnery, later called the Nunnery of St Giles in the Wood, in Saxon times. The land and Nunnery were handed to Ralph de Tony (whose name appears in the Domesday Book) by William the Conqueror when he divided up his new kingdom. Ralph had distinguished himself on the field of battle a number of times to William’s benefit and Beechwood Park was just one part of his reward.

So begins a rich and varied history that involves Henry VIII, Edward VI, Sir John Tregonwell, Sir Richard Page, and King Charles I and II (Sir Edward Sebright was a standard bearer for Charles I in the English Civil War). There were 15 Sebright Baronets in all, some of them Members of Parliament and others equerries to the Royal Household. Lady Olive Sebright was a personal friend of Queen Mary, consort of King George V. Queen Mary visited Beechwood Park a number of times and photographs in the school’s archive show her at luncheon in the Great Hall in 1948.

The magnificent east front was added to the Jacobean house in 1702. The parkland that we see in front of the main house, by that time a Queen Anne mansion, was designed by Lancelot Capability-Brown in 1753. Copies of Capability-Brown’s original survey and plan for the new parkland are held in the school’s archive.

Recent archaeological surveys and digs, sponsored by the school, have revealed remains of medieval walls and courtyards as well as artefacts such as brooches and drinking vessels dating from medieval times. The school’s young archaeologists have been fully involved in making these exciting discoveries. (Related link – History Department)

Beechwood Park School opened on October 8th 1964. The school was formed from the combination of Shirley House in Watford and Heath Brow School in Hemel Hempstead. Originally an all boys boarding school, Beechwood Park first admitted girls in September 1993. Over the years the Junior and Middle Departments have been added and in 2005 Beechwood extended its provision to include children of nursery age by acquiring the Montessori Nursery at Little Cheverells.