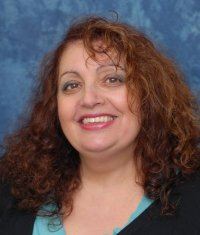 Other - Please email us with details

Debbie Maya (aka Nagioff) is an internationally renowned clairvoyant, with a specialist field in reading the energies surrounding soul mate connections, which often leads her to tune into past lives. Debbie also works as a writer, journalist, broadcaster, and astrologer. She gained a diploma at the Mayo School of Astrology. She trained at the College of Psychic Studies in South Kensington and has worked, for over 30 years as a clairvoyant giving private readings, both face to face, via skype, email and over the phone. She was heard as the psychic astrologer, “Madam Debra”, on the Danny Greenstone Radio Show on BBC Three Counties Radio from 2008/9 and revived this role on Jnet Radio as well as with Vibe 1076 FM Watford.

She is the author of “The Twin Soul Connection” which appeared in Soul and Spirit magazine, .the paperback “The Twin Flame and other Soul Mate Connections” which is available as an e-book and paperback via Amazon and in hardback via www.lulu.com. Her latest book “Familiar Strangers – Soul Mates, Twin Flames and their Astrological Synastry” was published in June 2015.

Debbie, unbeknowingly “channelled” Cary Grant, for a client, who turned out to have been a very close friend of the film star. Debbie formed D&D Psychic Events with her cousin Diane in 2009. Together they appear at private parties and fayres and are available for bookings for hen nights, birthday parties and any other kind of function.

Debbie is a Past Life Regression Therapist